What is Phonetics & phonology? | Linguistics

Phonetics can be sub divided into three branches :-

Let's discuss them briefly one by one:

It studies the movements of speech organs which produce sounds of a language. These various organs of speech such as lips, tongue, larynx, teeth, soft and hard palate etc. by their restricted movements produce various speech sounds. These organs take part in the articulation of words.

It is the study of hearing and how people perceive speech sounds. It deals with how people recognize and differentiate speech sounds from other sounds and how they discern them. It studies auditory quality, pitch and loudness of sounds.

Phonology studies the range and functions of sounds and how these units of sound are actually used in specific languages. Different languages employ a certain number of sounds and organise them into a meaningful patterns which makes the phonology of that language.

Frequently Asked Questions:-
1) Three major branches of phonetics are?
Answer- a) Articulatory, b) Acoustic, c) Auditory.
2)What are the main difference between phonetics and Phonology?
Answer- Touch this link 🔗.
3) What is Phonetics explain?
Answer- phonetics is the study of human speech sounds and their physiological features. 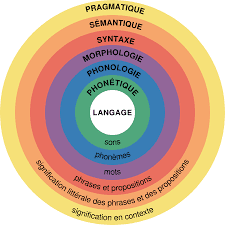