Synchronic and diachronic linguistics (Approaches to study of language)

Synchronic and diachronic linguistics (Approaches to study of language)

In linguistics there has developed two approaches to the study of a language. These two approaches are synchronic and diachronic. The former concept was theorised by a Swiss linguist Ferdinand de Saussure in his work Course in general linguistics which was published posthumously in 1916. Before him linguists used to mainly focus on the study of historical evolution of languages. Saussure gave primacy to the study of a language at its state especially in the present . 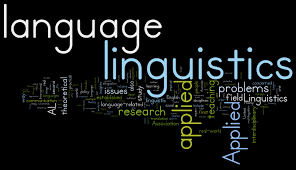 Approach for study of a language in Hindi.

It analyses how people use a language to share their ideas in a speech community at a given point in time. It studies and compares how the same language is used differently by spatially apart peoples. It is the study of the grammar, classification and arrangements of the features of a language.

1) To describe and account for the observed changes in particular languages.

2) To reconstruct the pre-history of languages and determine their relatedness, grouping them into language families.

3) To Evolve theories about how and why a language changes.

4) To describe the history of speech communities.

5) To study the etymology or the history of words.