Showing posts with the label BA
Show all 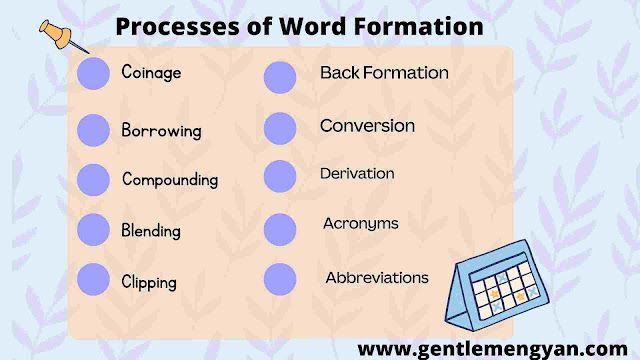 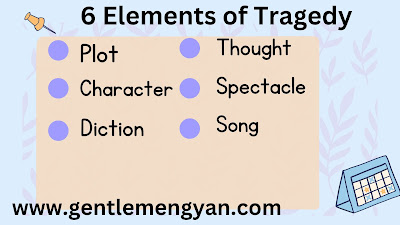 Elements of Tragedy by Aristotle Now let's discuss the ingredients of a tragedy. Aristotle's theory of tragedy talks of six ingredients of tragedy, these are :- 💡6 elements of Tragedy:- Plot Character Thought Diction Spectacle Music 1) Plot :- The first and foremost element of tragedy is its plot. Aristotle has given it the most importance and calls it the ' soul of the tragedy '. Plot consists of a logical, regular and inevitable sequence of events. Without it tragedy is not possible. Aristotle discusses two kinds of plot- Simple plot and complex plot. 📍Simple plot:- In simple plot story runs smoothly with no sub-stories running side by side. There is only a single story which forms the plot. It is easy to understand. 📍Complex plot:- According to Aristotle, a complex plot consists of two stories with parallel story running along the main story. In this plot there is a unity of time, place and action. It is comparatively difficult to understand. Aristotle prefers the
Post a Comment
Read more

Character Sketch of Belinda | The Rape of the Lock 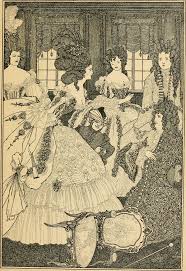 Character Sketch of Belinda in The Rape of the Lock Table of Contents: 1. Introduction : Belinda  2. Introduction Alexander Pope  3. Character Sketch of Belinda     3.1 Exquisite Beauty     3.2 Un-interested in matrimony     3.3 Belinda : A Coquette     3.4 Belinda and the Sylphs     3.5 Belinda's Pride Introduction : Belinda  Belinda is a complex and controversial character since the publication of the poem The Rape of the Lock itself. She is a beautiful young maiden. Ariel, the airy Spirit is the protector of Belinda's virtue. He already reminds her of her being virgin and charming beauty in her dream. But Belinda is a bit slippery. She goes to court Hampton where her lock of hair is shipped off. Then she laments in remorse. Belinda has been presented in various shades and different roles. Where at one place Pope praises Belinda's unparalleled beauty at other times he makes  satirical and ironical comments as well.  Some critics consider her treatment
Post a Comment
Read more 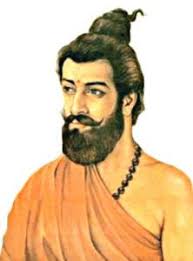 Bharata Muni's Rasa Theory in Natyashastra Natyashastra : The Nāṭya Śāstra (Sanskrit: नाट्य शास्त्र, Nāṭyaśāstra) is a Sanskrit treatise on the performing arts. It is a notable ancient encyclopedic treatise on the arts; one which has influenced dance, music and literary traditions in India. Natyashastra deals with subjects such as dramatic composition, structure of a play and the construction of a stage to host it, genres of acting, body movements, make up and costumes, role and goals of an art director, the musical scales, musical instruments and the integration of music with art performance etc. Natyashastra also inspired secondary literature such as  Abhinavabharati written by Abhinav Gupta. { Source : Wikipedia } Natyashastra Written By Bharata Muni Profile Work Ancient Indian Treatise Genre Encyclopaedic treatise Theme Ae
Post a Comment
Read more 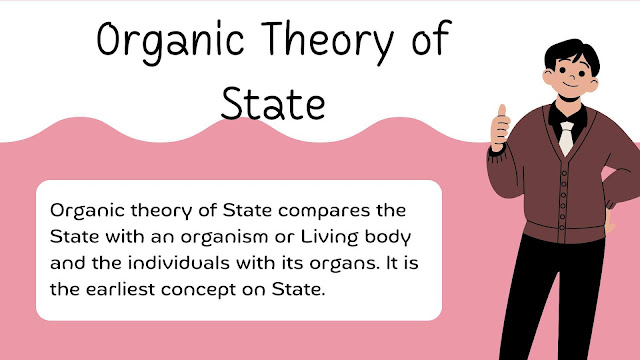 Organic Theory of State Organic theory of State: 🔹 The earliest concept on the State. 🔹Compares the State with an organism or Living body and the individuals with its organs. Two implications : 1. The existence and worth of individuals depend on the existence of the State similar to the organs' relation with their organism. 2. different groups and classes in society are naturally fit to perform different function similar to the functions of various organs in an organism. Key concept : State as a natural Institution: 🔹 State is a natural institution. 🔹Existence of man can't be imagined without the State. 🔹Ancients Greeks held, " State comes into existence for the sake of life and continues for the sake of good life ". 🔹 Aristotle : man is by nature a political animal. 🔹 One who lives without the State is either a beast or god. 🔹 State is prior to man. Challenged by mechanistic theory in 17th century (scientific revolution) :  Individuals as related atoms.
Post a Comment
Read more
More posts