Showing posts with the label British Literature
Show all 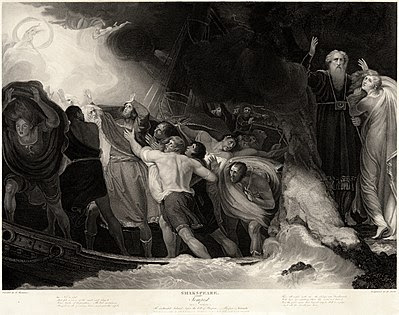 Summary : The Tempest (William Shakespeare) Source: Wikimedia commons Introduction: The Tempest :- The tempest is one of William Shakespeare's comedies. Though it is listed as a comedy in First Folio , it deals with both the themes of comedy and tragedy. It is the story of an exiled King of Milan, Prospero, w ho lives in a remote island somewhere near Italy with his daughter, Miranda . All of the play is set upon the island exept its first scene which is set on the stormy sea water near the island. The play deals with the theme of magic, love, betrayal and forgiveness. Note: First Folio :- It is the collection of William Shakespeare's comedies, histories and tragedies. Commonly referred to as First Folio by modern scholars, it was published in the year 1623 about after seven years of Shakespeare's death. It is widely considered to as one of the most influential books. William Shakespeare Profile Born (Baptised) 26 April 1564, UK Died 23 April
Post a Comment
Read more 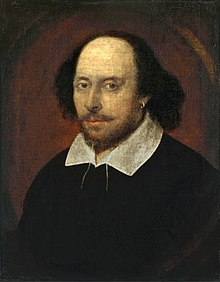 The Tragedy of King Lear Introduction : William Shakespeare:- Shakespeare is considered to be the greatest playwright of all time. He belonged to Elizabethan Era and is one of the most important literary figures in English Literature. He has written a number of famous tragedies.  Written in 1605-06, King Lear is his one of most popular tragedies. Sometimes cited as his best tragedy, it comprises of five acts. It is noted for its probing observations on the nature of human suffering and kinship. George Bernard Shaw has written about it, " No man will ever write a better tragedy than Lear ". William Shakespeare Profile Born (Baptised) 26 April 1564, UK Died 23 April 1616, UK Active years c. 1585- 1613 Era Elizabethan, Jacobean Literary Period Renaissance Profession Playwright, Poet, actor Notable works Hamlet, Romeo and Juliet, King Lear, Macbeth etc Genre Renaissance drama
Post a Comment
Read more

'The Rape of the Lock' as a Mock Epic  Table of Contents: 1. Introduction : Alexander Pope 2. The Rape of the Lock as a mock Epic     2.1 The title of the poem     2.2 The invocation     2.3 Parody of athletic game     2.4 heightened language     2.5 Use of epic simile     2.6 Supernatural spirits     2.7 Epic Emotions 3. Similar Articles Introduction : Alexander Pope :- Alexander Pope is the greatest poet of the neo- classical age. This age is marked by extensive use of satire. In  the realm of mock epic Pope enjoys the same position and prestige as Milton enjoys in the  Epic  proper.  Rape of the lock is his finest social satire on England. It is the finest mock epic poem of English Literature. Rape of the lock has won Pope more admirers than any other poem of his. Alexander Pope Profile Born 21 may 1688, London Died 30 may 1744, UK Era Augustan, 18th century Profession Poet, writer, translator Genre Po
Post a Comment
Read more
More posts