Showing posts with the label Critical Theory
Show all

Aistotle's Theory of Tragedy Q. Discuss Aristotle's concept of Tragedy. Or Q. What is Aristotle's Theory of Tragedy? Or Q. Discuss six elements of Tragedy as per Aristotle's poetics. Contents :- 1) Introduction : Aristotle & Tragedy 2) Aristotle's theory of Tragedy 3) Aristotle's definition of tragedy Imitation of an Action Complete and Serious Certain Magnitude Artistic & pleasurable language In form of Action, not Narrative Catharsis through pity and fear 4) 6 elements of Tragedy Plot Character Thought Diction Spectacle Music 5) More from Critical Theory 6) Frequently Asked Questions 🏛️ Introduction : Aristotle & Tragedy :- Aristotle in his famous treatise ' Poetics ' has given primary attention to the tragedy. According to him the tragedy is one of the five forms of poetry and it is the one which is most dear to him. He compares tragedy with comedy and epic and calls it superior to them. According to him tragedy is, like p
Post a Comment
Read more 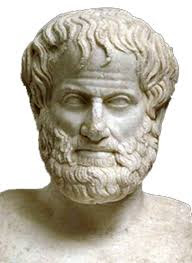