Showing posts with the label MA
Show all 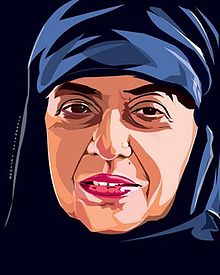 Theme of Love & Sexuality in Kamala Das' Poetry Introduction : Kamala Das : Kamala Das, popularly known by her one-time pen name Madhavikutty, is one of the most popular Indo-Anglian poets. She was one of the bold contemporary Indian women writers. Her contribution is enormous in the growth of Indian poetry in English. She was one of the first Indian writers to explore sexual themes in her work. Kamala Das' original name was Kamala Surayya. Apart from being a great Indian English poet and writer, she was also a leading Malayalam author from Kerala. Her popularity is based chiefly on her short stories and autobiographical writings, while her oeuvre in English, written under the name Kamala Das, is noted for the poems and explicit autobiography. She was also a widely read columnist and wrote on diverse topics including women's issues, child care, politics among others etc. Kamala's poetry is confessional and autobiographical. Her poems have often been consid
Post a Comment
Read more

Landmarks of life of Eugene O'Neill 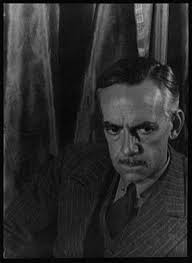 Landmarks of life of Eugene O'Neill  Q. Show your acquaintance with the landmarks of the life of Eugene O'Neill. Introduction : Eugene O'Neill : Eugene Gladstone O'Neill was an American playwright, who brought the element of seriousness in American drama. His poetically titled plays were among the first to introduce into the U.S. the drama techniques of realism, earlier associated with Russian playwright Anton Chekhov, Norwegian playwright Henrik Ibsen, and Swedish playwright August Strindberg.  Eugene O'Neill left behind him five unquestioned masterpieces : Desire under the Elms, Strange Interlude, Mourning becomes Electra, The Iceman Cometh, and Long day's journey into night . He is acknowledged for his distinguished serious American drama.  He was awarded with nobel prize in literature for his outstanding contribution. Eugene O'Neill Profile Born 16 oct 1888, New York Died 27 nov 1953, Boston Profession Playwrigh
Post a Comment
Read more 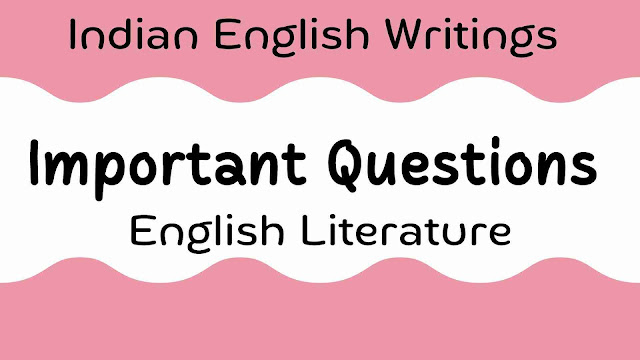 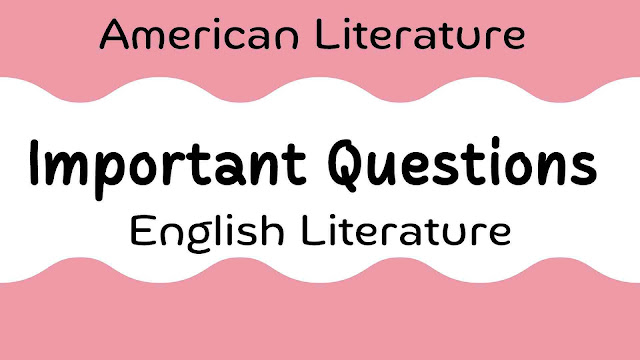 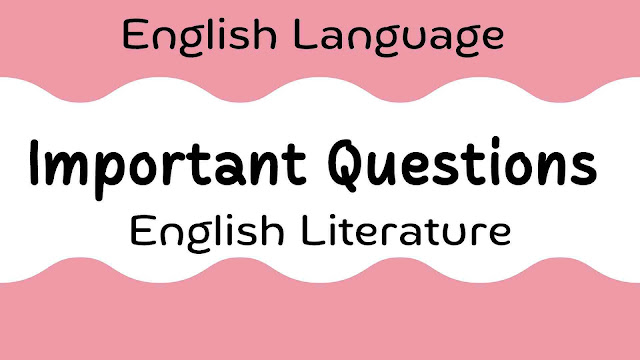 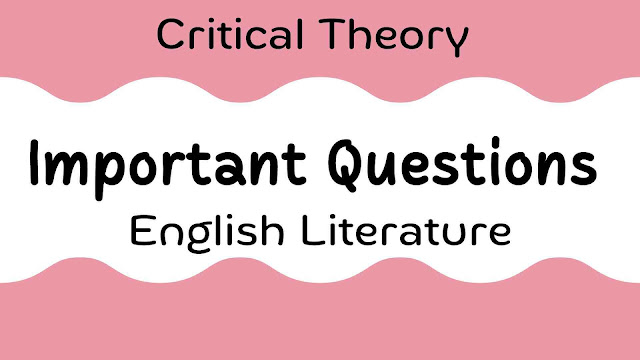 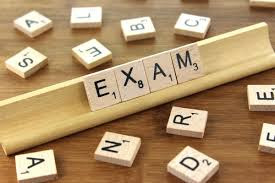 MA SEM-III EXAM PAPER Govt. College Maiher AMERICAN LITERATURE Q1. Choose the correct option:- 1×5 =5 Marks 1) Emerson's essay ' Self Reliance' talks about :- a) the relationship of human soul with God b) the relationship between soul and personal ego c) a man can become strong and self reliant only when he rejects all outside support and stands alone d) all of these 2) Walt Whitman's poem "O captain! My Captain!" was written on the death of the American president.... a) Abraham Lincoln b) John F Kennedy c)Theodore Roosevelt d) Jimmy Carter 3) In which year Frost was elected to the membership of the national institute of Arts and letters? a) 1912 b) 1916 c) 1815 d) 1938 4) Who is called the father of American transcendentalism? a) Emerson b) Robert Frost c) William Wordsworth d) Coleridge 5) The real name of Mark Twain is.. a) Samuel langhome Clemens b) John Marshall Clemens c) Orion Clemens d) Olivia Clemens SECTION-B Short Answer Type Question
1 comment
Read more 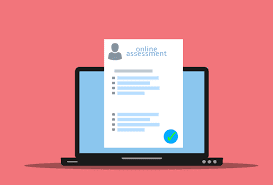 FIVE SOURCES Of SUBLIMITY By LONGINUS 📄Contents :- 1.  What is Sublime? 2.  Five Sources of Sublimity / Sublime : Grandeur of Thought,   Powerful emotions,   Appropriate use of figures of speech,   Nobility of Diction,   Dignified Composition. 3.  More in Critical Theory. 4.  Frequently Asked Questions. 💡What is Sublime? On the Sublime , a work arguably by Cassius Longinus, is a great work in the field of literary criticism and comes second only to Aristotle's famous work poetics . This work is most famous for it's detailed description on the five principle sources of Sublimity. Longinus  was a Graeco-Roman thinker and philosopher. He was greatly influenced by Plato. Scott-James has called him the first romantic critic as he laid emphasis on the creative faculty of man. In his work On the Sublime   Longinus talks about the concept of sublimity, its nature, sources and how one could achieve sublimity in a work. According to Longinus Sublime /  Sub
Post a Comment
Read more
More posts